Batteries that can make oil a thing of the past 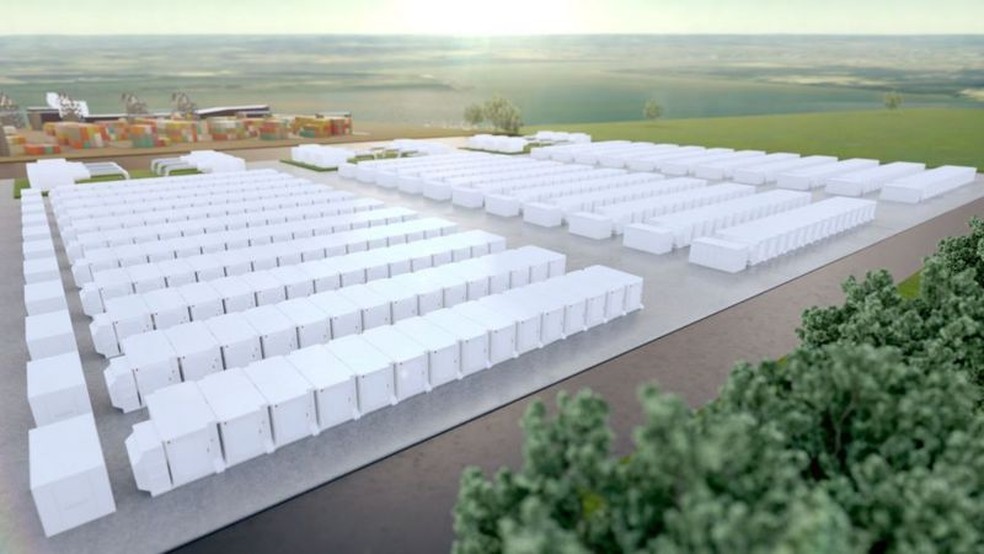 The arrival of large-scale battery technology may overcome one of the biggest obstacles to renewable energy: the intermittency of solar and wind energy.

There are the twin chimneys of the Moss Landing plant tower over Monterey Bay. Sighted for miles along the northern California coast, the 150-meter-high pillars crown what was once the largest electric power station in the US, powered by natural gas.

Today, while California is continually moving to “decarbonize” its economy, these chimneys are inactive, and the plant is practically deactivated.

But the site is about to start a new life as the largest battery in the world, storing excess energy when solar panels and wind farms are producing electricity – and supplying the grid back when they are not generating power.

Inside the turbine building, a 300-megawatt lithium-ion battery is being prepared for operation – and a 100-megawatt battery is due to be launched this year.

These are not the only large batteries that will soon be operating at the Moss Landing plant.

A total of an additional 182.5 megawatts produced by Tesla’s 256 Megapack battery units is scheduled to begin supplying the California power grid in mid-2021, with plans to add sufficient capacity to supply all homes in and around San Francisco by six hours, according to Pacific Gas & Electric (PG&E), which will operate the system.

In addition, a 250-megawatt storage project was launched last year in San Diego; a 150-megawatt system began to be built near San Francisco; a 100 megawatt battery project is almost done in Long Beach; and there are several others at different stages of development across the state.

California is currently a global leader in the effort to compensate for the intermittency of renewable energy in electrical networks with large-scale storage batteries, but the rest of the world is following suit.
Recently announced plans range from a 409-megawatt system in South Florida, USA, to a 320-megawatt plant near London, UK, to a 200-megawatt facility in Lithuania and a 112-megawatt facility in Chile.

Driven by the sharp drop in prices and technological advances that allow batteries to store ever-increasing amounts of energy, large-scale network systems are experiencing record growth.

Many of the gains are a reflection of the auto industry’s rush to build smaller, cheaper and more powerful lithium-ion batteries for electric cars.

In the US, state requirements for clean energy, together with tax incentives for storage systems that are combined with solar installations, also play an important role.

The mass deployment of storage can overcome one of the biggest obstacles to renewable energy: its cycle between excess supply when the sun shines or the wind blows, and scarcity when the sun goes down or the wind decreases.

By smoothing the imbalances between supply and demand, proponents of the idea say, batteries can replace peak fossil fuel plants, which go into operation a few hours a day when the demand for energy increases.

In this way, the spread of energy storage can be instrumental in expanding the reach of renewable energies and accelerating the transition to a carbon-free power grid.

The speed with which that future will come depends in large part on the speed with which the costs will continue to fall. The price of large-scale storage batteries in the U.S. plummeted, falling nearly 70% between 2015 and 2018, according to the country’s Energy Information Administration.

This sudden drop in prices followed advances in lithium-ion battery chemistry to significantly improve performance. Battery capacity has also increased, with facilities capable of storing and discharging energy for longer and longer periods.

Share. Facebook Twitter Pinterest LinkedIn Tumblr WhatsApp Email
Previous ArticleGoogle opens enrollment for career and business training program aimed at women
Next Article How many times do you have to decide? Keys for dealing with children