Notice: Function add_theme_support( 'html5' ) was called incorrectly. You need to pass an array of types. Please see Debugging in WordPress for more information. (This message was added in version 3.6.1.) in /home/dunn/domains/dunndirectstudio.com/public_html/wp-includes/functions.php on line 5831
 The US Army recruits an "ethical military" to control its killer robots - The Dunn Direct Studio
Facebook Twitter Instagram
Facebook Twitter Instagram Vimeo 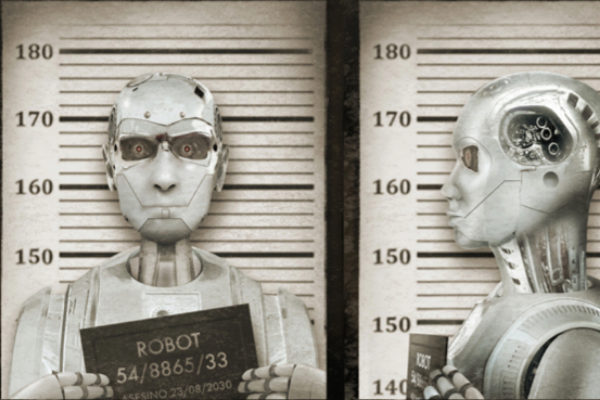 Uncle Sam has started the recruiting machine for him. However, it is not about Marines to fight in Afghanistan or fighter pilots to patrol the Russian border. What the US Army is now looking for is an ethicist to help it discern how far its combat robots should go.

This is a highly specialized profile demanded by the Joint Center for Artificial Intelligence, which the Department of Defense launched last year.

“This is a position for someone who is not only aware of technique, but is an ethicist,” said Air Force Lieutenant General Jack Shanahan. “We are looking for someone who has a deep training in ethics, and then the lawyers will see how we incorporate him into the Department of Defense.”

The Department of Artificial Intelligence of the United States Army is still in an incipient phase. Founded a year ago, it has only a budget of 268 million dollars 60 people. Its objectives, Shanahan emphasizes, are “to accelerate the adoption and integration of artificial intelligence by the Department of Defense to achieve that it has an impact on large-scale missions.”

However, the US Army is still aware that it will take a long time for these robots managed by Artificial Intelligence to be fully incorporated into their military deployments.

“We still have a long way to go to take these pilots, prototypes and ideas through the death valley of technology but we want to deploy the capabilities of artificial intelligence at high speed and scale,” says Shanahan.

Among the public projects in which the army works is a predictive maintenance of SH-60 Seahawk helicopters, artificial intelligence applied to humanitarian assistance projects to combat natural disasters, intelligence operations and automation of projects in the field of business.

In 2020, the US military plans to put this technology to use in firefighting and military maneuvers. “We will focus the effort on different facets of war combat operations with areas such as the fusion of intelligence in operations, the establishment of joint command and control centers, accelerated firing sensors, autonomous swarm systems, development of objectives and to improve workflows in the operations center. “

THE FEAR OF CHINA

The fear of China is one of the main motivations of the North American army for the development of Artificial Intelligence applied to combat. According to a statement, the United States Army is “aware that its potential adversaries do not share its same ethical values ​​in areas such as the collection and use of information and artificial intelligence systems are as intelligent as the data they have. access”.

Likewise, the US accuses China and Russia of not being subject to the same restrictions in the field of data collection.

“The lower restrictions they have on privacy and civil liberties give them some advantages to get data faster and then build capabilities more quickly as a result of what they have available in the data,” he said.

Still, he added, it is not a foregone conclusion that this is benefiting the Chinese or Russian military.

A surprising statement considering the numerous scandals in which the US administration and its intelligence agencies have been involved over the last decade, and with the NSA in the spotlight, thanks to the revelations of Edward Snowden, Chelsea Manning or Julian Assange, among others.

However, the “ethical military” that Uncle Sam is looking for would also have to do some intelligence work. “It is very important for us to be able to get to know the facts about what China and Russia are doing in the military field regarding this field.”