Wacom One: for when the iPad is too small for you 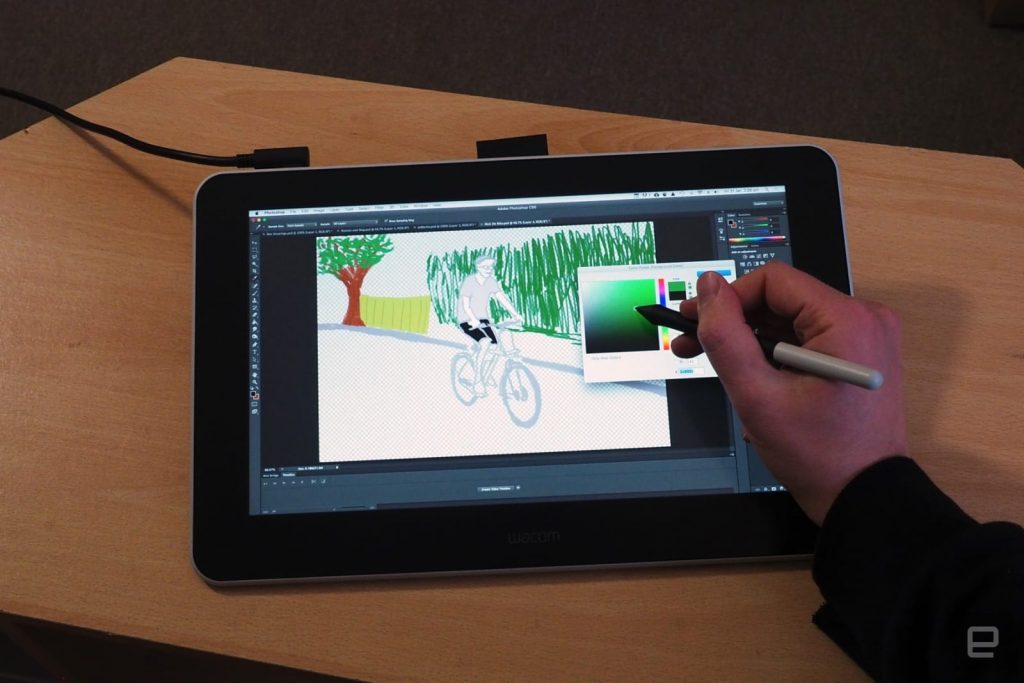 The iPad Pro may be a great tool for drawing, but when it comes down to it, you need a screen glued to your computer to do real work

Let’s say you’ve been drawing your whole life for leisure, nothing serious. You doodle and do simple things for yourself and little else. Let’s say that when you want to do things a little better, you buy a tool that allows you to do it, like the iPad with the Apple Pencil. But what is the next section?

Possibly, for many, it is an iPad Pro with an Apple Pencil 2 and a larger screen size, but despite its advantages, the Apple tablet has limitations that make products like the Wacom One so interesting.

Wacom One is a screen on which you can draw that is connected to the computer, which has been the step to take whether you come from an iPad or a more classic digitizing tablet, which is the type of product that Wacom has been for years marketing.

After years of using both screenless digitizing tablets and the iPad to draw, the truth is that the intermediate point proposed by the Wacom One is perfect: you draw on the screen and connected to the computer, which is what I need because I manage much better with Photoshop to do my touch-ups.

As much as I like to use the iPad, for more in-depth editing I need a computer. I understand that other people do not see themselves in this position and can pull with the many fantastic iPad apps to draw, but it is not my case, that I am nobody without full Photoshop.

In addition, I have the feeling that the Wacom pencil, although it does not seem more accurate than the iPad because what Apple has done with its stylus is amazing; It gives me a better feeling due to the matte and somewhat rougher surface of the screen. The iPad has a glass-covered screen and it’s not nearly as nice unless you put a special screen protector on it.

I miss the fact that the Wacom One’s screen is tactile on many occasions, as a great advantage of the iPad is being able to move and zoom with a gesture. Given that many of their digitizing tablets allow this kind of movement, I am surprised that this almost professional product lacks this option for those who are not yet so ‘pros’.

Everything about the Wacom One seems to be designed for this middle ground between an amateur cartoonist or designer and one who makes a living out of it. For example, its computer connection system, which requires an HDMI and a USB port, but which would also allow the tablet to be connected to a mobile or tablet to work on the go with less affluent computers.

And as such it should be taken. The Wacom One is far from the big screens of 24 or more inches, 4K resolution and even room to embed a computer that Wacom makes. With a resolution of only 1080p and a 13-inch screen, we are facing a more modest solution and, therefore, perhaps more appropriate for many cartoonists and designers or even other professions such as engineers or architects who need to sketch directly on a PC.

Hopefully in the future Wacom includes shortcut buttons in the applications or, on demand, get wireless this type of screen to draw, because it is the only thing I miss when I use it.

If you don’t get the savings for a Cintiq Pro or your desk is small and you can’t manage with an iPad or you want something cheap to throw away a few years before making the move to a professional screen, the Wacom One is what you are looking for. For 400 euros, it cannot be said that it is cheap, but it is the cheapest and most well-branded drawing screen on the market right now.