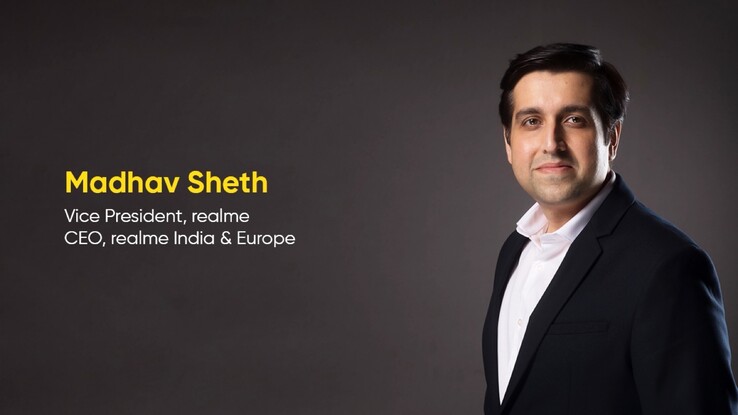 We spoke with Madhav Sheth, Global Vice President and CEO of Realme in Europe, about cheap mobiles, China as a great power and about the arrival of 5G to their mobiles

Although working at home is wonderful, there is a problem that you often face as a journalist: it is not the same to interview someone in person than with a computer and a camera as intermediaries. I at least have a problem getting used to the idea of ​​what my interviewee is like.

On the video call, Madhan Sheth, Realme CEO and Global Vice President, seems calm and perhaps somewhat disinterested, perhaps because he is younger than any other great tech company executive he has interviewed. But just ask a couple of questions to bring out another quality. He is quite determined and doubts little in his answers. Either he has prepared it very well or it really is.

What do you consider to be the most important moment for the brand?

“I think it would be the first launch of the company, on May 15, 2018. It is a date that I remember better than my own birthday or my own anniversary. My wife is going to kill me for that comment … Since that day, We are now present in more than 60 countries and we are leaders in South Asia. We are also expanding in Europe, South America and also in Africa. And we have plans for the US market. In 20 of these countries, we are among the five leading brands “.
The name Realme may or may not sound familiar to you. At PIXEL we have already spoken a few times about their mobiles. If I had to simplify to give you the idea, it is a Chinese mobile brand that makes phones as affordable and beautiful as Xiaomi made them before. Perhaps one of its toughest competitors outside of China given its tremendous breakthrough in Europe. The reason for his success, he explains himself:

“The reason we started Realme is because we realized that there was less choice depending on the price segment. We think that the user will prefer that there are multiple brands working across all price ranges. Ultimately, our position as a company it was this, giving consumers more options to choose from. “

More options to choose from, but more and more that come from China, a country that still generates rejection for various reasons, from simple and despicable racism to the fact that it is still considered that they make technology inferior to its Japanese and Korean neighbors. Does he see it that way?

“Realme is a global company with the highest standards of production and quality. Our return percentage is below 0.5%. Other brands have much higher rates and that says a lot about what we have achieved in just two years.” And he adds: “We have local teams in all the countries where we sell our phones and we comply with the laws wherever we are.” Two of the press officers, who are with us on the video call and are Spanish, agree.

In this sense, the Spanish do not seem to pose a great challenge for Realme. Spain was one of its first European markets and therefore a crucial one. “It has given us a lot of momentum with other European consumers and I think it has been an exemplary market to learn how their neighbors work.”

As a company, it should be noted that Realme is part of a triumvirate. On the one hand, Oppo. On the other, OnePlus. And lastly, Realme. Are these technological Caesar, Pompey and Crassus together and scrambled? “Oppo, OnePlus and Realme are part of the same holding company, but they are three different companies from each other. We share resources and investments, but each product in each branch is totally different and so are our strategies”

Despite everything, companies live at the mercy of the times. And in times of pandemic, selling mobiles is difficult. “We are all in the same boat in this. I cannot comment on how it has affected other brands, but without a doubt we have had certain problems obtaining components due to COVID. […] It has impacted us while we expected a triple-digit growth, but we’ve settled for one of around 66% “

Something that helps to sell mobile phones, and here we all agree, is that they do not cost a thousand euros. Not 500 euros. The Realme 8 Pro, its latest release to date, costs less than $ 300 on Amazon. Sheth, however, does not believe that his business goal is to make affordable mobile phones.

“Our value is in offering the best possible in each price segment. Not thinking so much about what it will cost as about how much value we can offer for a specific price. That value is important that the user not pay what they pay. There is a big difference between a cheap phone and one that is worth what it costs, learning to distinguish this is an important part for Realme.