3D dinosaurs from Google: so you can have a Jurassic Park in your living room with augmented reality 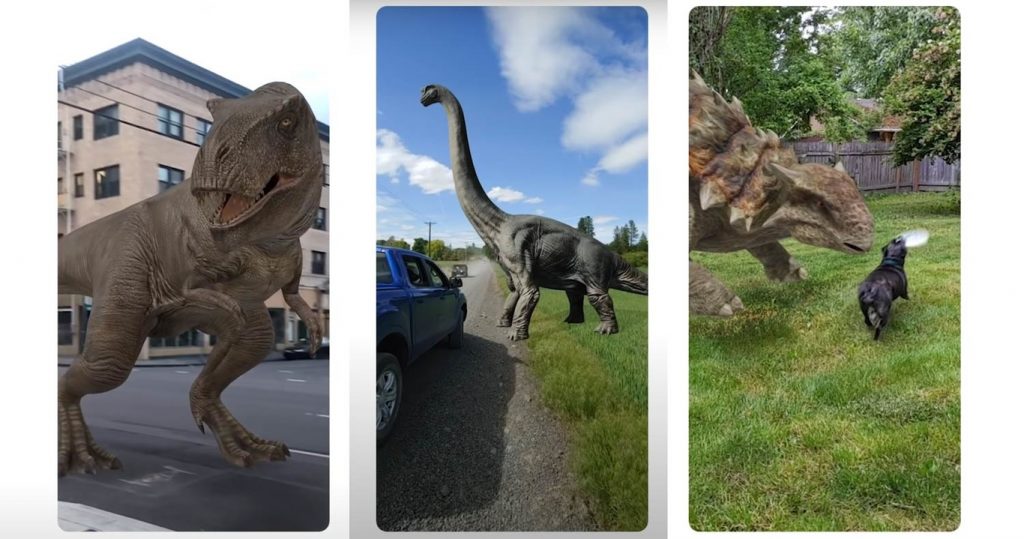 Specifically, it is possible to see 10 of these prehistoric animals, all of them belonging to the Jurassic Park saga: Tyrannosaurus Rex, Velociraptor, Triceratops, Spinosaurus, Stegosaurus, Brachiosaurus, Ankylosaurus, Dilophosaurus, Pteranodon and Parasaurolophus.

Google 3D dinosaurs: so you can have a Jurassic Park in your living room with augmented reality.

To see the dinosaurs in 3D on your mobile, you just have to type the word “dinosaur” in the search of the mobile (in versions of Android 7 or higher) and select ‘View in 3D’ to rotate it or zoom in to see it closely. In addition, it is possible to place it in any space using augmented reality and adjust its size to see how large it would be in relation to the environment.

As the company explains on its blog, “Android’s new autoscale feature can automatically calculate the distance between your phone and a surface in your space and resize the dinosaur to fit the screen of your phone.” Thus, by selecting ‘See actual size’, the augmented reality sensing technology “automatically repositiones the dinosaur in your space to fit in the room.”

In addition, if the volume of Android devices is raised, the sound of their footsteps or their roar can be heard. The models of all of them have been extracted from the game Jurassic World Alive.

In iOS the procedure is similar, although you have to look for one of the 10 dinosaurs in the Google application or after entering the search engine from the browser (it is only compatible with Chrome and Safari). Dinosaurs in 3D are available in iOS 11 onwards.