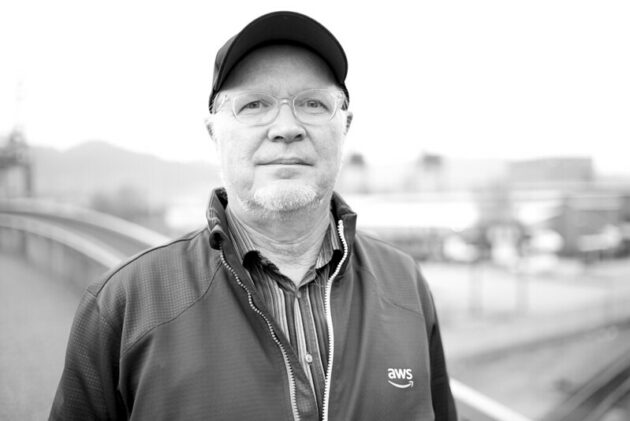 Tim Bray denounced to the company the situation of the employees and, after resigning, explained his reasons in a tough open letter with the company and “the capitalism of the XXI century”

Tim Bray, a Canadian software developer, was for more than five years – and until a few days ago – one of Amazon’s vice presidents. However, as he himself explained in an open letter published on his personal page, he has decided to leave the company due to its “toxicity” and due to the dismissals made by the company among workers who have denounced the conditions in their warehouses or have criticized its impact on the environment.

“May 1 was my last day as Vice President and Engineer for Amazon Web Services after five years and five months of rewarding entertainment,” Bray begins in his post. Then the first blow against the firm, straight to the jaw and without subtlety: he resigns “with consternation” because Amazon fires those who “complain because warehouse employees are afraid of Covid-19.”

This move, he acknowledges, will cost him close to a million dollars and the best of his work. But he also explains that he had no other option with a detailed chronology that begins with some protests and ends with the aforementioned decision.

A year ago, several Amazon workers created an organization called Amazon Employees for Climate Justice (AECJ) and asked, in an open letter to management and shareholders, that the company take action in the face of “the global climate emergency.” It was signed by 8,702 people, including Bray. The resolution they requested was not approved.

Months later, as thousands of employees took part in pro-climate strikes, the company announced a plan to be greener, but, in the opinion of the former vice president, Amazon ignored the previous efforts of its employees and even threatened those who led it. internal revolution with layoffs.

In this context came the coronavirus crisis. In the warehouses, the workers complained of being uninformed, little protected and scared (there have been dozens of cases and a strike was organized for this reason). The official position, Bray explains, was that security measures were in place. But then one of these employees who had raised their complaints was fired. The stores contacted the AECJ, a virtual meeting was organized and on the same day that it was held, two of the collective’s leaders also ended up on the street.

“The justifications were laughable; it was obvious to any sensible observer that they were cast as ‘snitches’,” he laments. And he throws another hook: “I’m sure it’s a coincidence that they are all a racialized person, a woman, or both, right?” For the Canadian, that was the moment when everything fell apart.

Although at the time, given his managerial position, he used “the right channels” to raise his complaints and concerns, there seems to be no change in this regard. “After taking these measures, having continued as vice president of Amazon would have meant, in practice, giving the go-ahead to actions that he detested,” he sums up. “So I resigned.”

Still, Bray trusts the company, whose message is that it is prioritizing and efforts are being made to improve security in its warehouses. This is something that, in his opinion (based also on what people he trusts have told him) is true. “The big problem is not the specific response to Covid-19,” he comments in the letter, it is that Amazon “treats humans in warehouses as interchangeable units.” And not just the company: “it’s how 21st century capitalism works.”

The company, Bray continues, “has exceptional leadership and has shown tremendous talent for finding opportunities and building repeatable processes to exploit them.” “He also has a corresponding lack of insight into the human cost of relentless growth and the accumulation of wealth and power.” The path, he believes, must follow a path of antitrust and labor rights legislation.

Firing those who denounce this “is not a collateral effect of macroeconomic forces or something intrinsic to the functioning of free markets,” explains Bray, but simply “proof of the vein of toxicity that runs through company culture.” He, for his part, prefers “neither to serve nor to drink that poison.”

“Ultimately, it’s all a question of balance of power,” sums up Bray. Thus, while workers are weak – and increasingly – and must face that or unemployment (which in the United States is usually linked to losing health insurance). This allows companies to “treat them like garbage” thanks to capitalism. “Any plausible solution must begin by increasing their collective strength.” Amazon, for its part, has not wanted to make a statement in this regard.