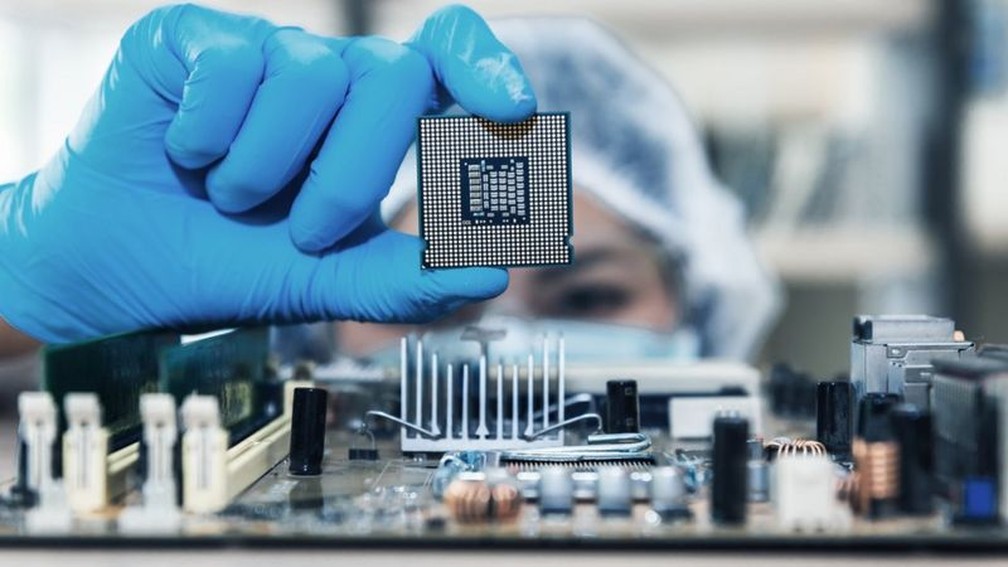 Computer chips are scarcer, and the effects of this are felt by countries and consumers.

Most of the time, they go unnoticed, but computer chips are at the center of all the digital products that surround us – and when supplies are scarce, their manufacturing can stop altogether.

Some signs of this problem have already been noticed last year, when fans of online games struggled to buy new graphics cards, Apple had to stagger the launch of their iPhones and the recently released Xbox and PlayStation video games didn’t even come close to meeting the demand.

READ MORE: With chips missing, U.S. tech industry asks Biden administration to finance factories
Just before Christmas 2020, the question emerged once and for all: “the armageddon of chips” (or chipageddon, as the phenomenon has been called in English) is already a reality, even in the auto industry.

New cars often include more than 100 microprocessors – and manufacturers simply cannot supply all of them anymore.
Technology companies have been warning that they are also facing restrictions. Samsung is struggling to fulfill orders for chips it makes for its own products and also for other companies.

Qualcomm, which produces the processors and modems that power the main smartphones and other devices, admits the same problem.

Impact of the pandemic

Like many other wrong things that are happening in the world, the coronavirus is partly to blame for the “chip armageddon”.

Lockdowns and quarantines imposed in various parts of the world have encouraged sales of computers and other devices to allow people to work from home.

Many individuals also took the opportunity to purchase new devices for leisure use.

The automotive industry, for its part, initially saw a huge drop in demand and cut much of its orders for electronic components.

As a result, chip makers made changes and prioritized their production lines.

However, the situation was reversed in the third quarter of 2020. Car sales returned stronger than expected, while demand for electronic devices continued to rise.

“It takes about 18 to 24 months for a factory to open and start producing,” explains analyst Richard Windsor.

“And even after building a new unit, you need to adjust it and increase throughput, which also takes a little time. This is not something you can turn on and off overnight.”

The deployment of 5G infrastructure in various parts of the world is also increasing demand.

Chinese technology company Huawei, for example, placed a large order to build up a chip stock before US trade restrictions prevented it from placing new orders.

In contrast, the automotive industry has a relatively low inventory margin and tends not to store a large amount of supplies, which has now left it in trouble.

But analysts say that, more broadly, the sector has suffered from underinvestment in recent years.

“Most companies in sector two recorded unsatisfactory profits, low margins and a high level of indebtedness,” points out a recent report by consultancy Counterpoint Research.

“From the point of view of profitability, it is difficult to consider the construction of a new factory for smaller companies”, states the document.

In addition, many of these chip producers will respond to extra demand by raising their prices, rather than producing more.

Chain effects
Windsor does not expect the chip shortage to be remedied until at least next July.

Other analysts believe it will take even longer to resolve the problem.

“We expect the industry’s supply restrictions to ease only partially in the second half of 2021, with some shortages extending until 2022,” predicts a survey by Bank of America.

A chip maker told the Wall Street Journal in the United States that the backlogs were so large that it would take up to 40 weeks to fulfill any order that an automaker placed today.

And that, of course, can have financially complicated side effects.

The consultancy AlixPartners predicted that the automotive industry will lose $ 64 billion (or R $ 344 billion) in sales because it had to close or reduce its production.

However, this sum needs to be analyzed within the context of the sector, which normally generates about US $ 2 trillion (R $ 10 trillion) in sales.