Exotic foods in the diet: guarana, maca or royal jelly 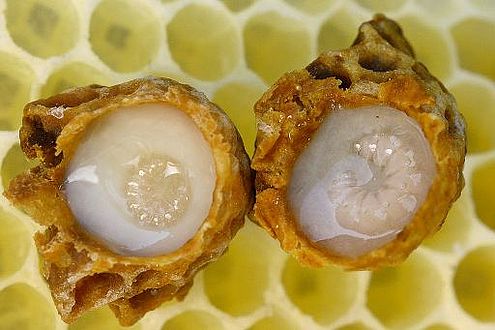 In this week’s Nutrition Alphabet, from El Bisturí, our nutritionist, Laura González, talks about exotic foods. Royal jelly, propolis, guarana, maca root, matcha tea … Are they just placebo or do they really have health properties?

Exotic foods have been used since ancient times to cure or treat diseases, delay aging or even enhance sexuality. In most cases their effects are simple placebo, but they have a very important cultural component for the peoples who use them.

On many occasions these foods have beneficial health properties due to their nutrient content, but never miraculous. We analyzed them one by one with Laura González, Nestlé’s head of nutrition and health.

Royal jelly is the substance made by bees and used as food for the queen bee and larvae in the first days of life. It is soft yellow in color and its flavor is slightly acidic; its composition is 60% water, followed by sugars.

Nutritionally, it is rich in B vitamins and also contains proteins, fats and minerals. It is a concentrated and nutrient-rich product as it has to ensure the survival of the queen bee.

It is sold as a food supplement and has therapeutic properties as an antibiotic, sexual enhancer and even to slow aging, but none have been proven with scientific evidence.

Propolis or bee pollen is a resinous substance produced by bees as a defense against intruders. It has a characteristic odor and adhesive properties and interacts strongly with oils and proteins in the skin.

Nowadays, propolis has a growing importance as a therapeutic element, alone or included in medicines and homeopathic products or in cosmetics, as the specialist points out.

Exotic foods also include guarana, “a climbing plant from the Amazon whose seeds contain approximately four times the amount of caffeine found in coffee beans, which is why it has a stimulating effect.”

That is why its use is very widespread among athletes, since it can have an effect on performance, both in training and in competition.

“The benefit on sports performance is obtained if 3 mg of caffeine is supplied for each kilogram of body weight, one hour before exercise (training or competition). It is recommended for endurance sports and high intensity activities such as athletics, weight lifting, etc. ”, says the nutritionist.

She warns that it should not be consumed by children, pregnant women, hypertensive or people with insomnia or hyperactivity problems.

Maca root comes from Peru, where it has been used since ancient times for its nutritional and supposedly healing properties.

“It is attributed properties on the feeling of well-being and mood, but as in most cases, scientific evidence so far has not supported it,” says González.

However, there are some studies that conclude that it is an energy product that improves athletic performance in height, as pointed out by the nutritionist. “Between 50-60% of its composition are sugars and it is rich in antioxidants,” she adds.

It has a sweet and caramel flavor, it can be incorporated into smoothies, milk or cereals. It is generally used in powder form, although in herbalists we can find it in capsules.

The last product on this list of exotic foods is a type of green tea that is made with different processes. The leaf is harvested, impurities and stems are removed and once they are clean, they are steamed briefly to prevent them from oxidizing, they are dried and ground, obtaining a green powder.