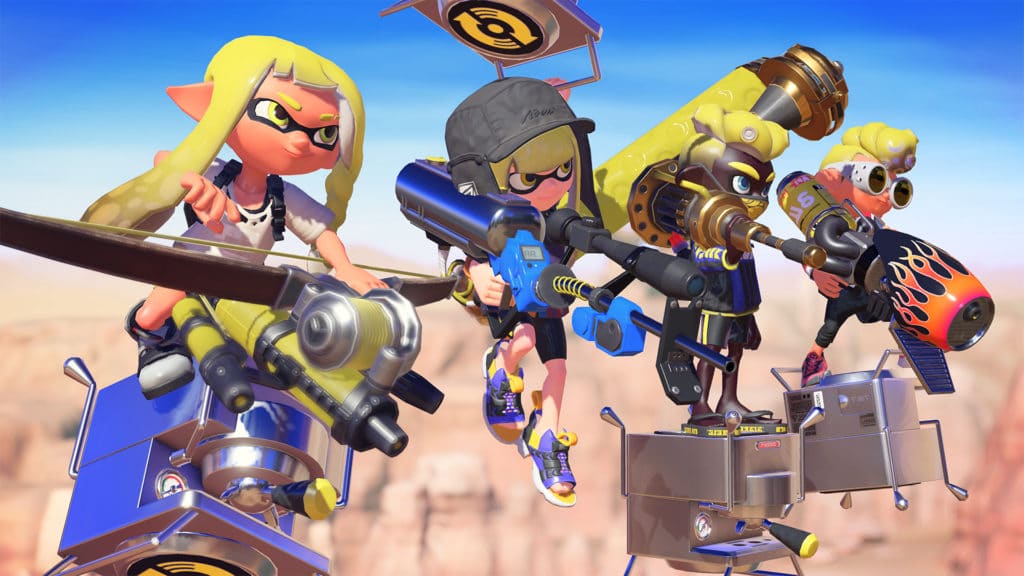 Let’s start at the end: at the end of the broadcast, Nintendo confirmed for 2022 the launch of Splatoon 3, the new installment of a very new franchise in the company and that has gained a lot of followers for its mixture of risky aesthetics, funny characters and, ultimately, that it is a very different shooting game.

The other great announcement of the Direct would be the remastering of The Legend of Zelda: Skyward Sword, a somewhat controversial delivery of Wii because its control by movements did not end up liking everyone. I was fascinated and am more glad that this game is coming to Switch, with movement control but also with the option to control it with the buttons. Almost more than if they had rescued Wind Waker or Twilight Princess, both released with improved versions on Wii U.

Another crucial announcement is the Monster Hunter: Rise release date. The action game about hunting huge monsters, which is becoming more and more popular in the West, will arrive on Switch on March 26. Shortly before, on March 20, it will also do Pokémon Snap, the game of taking pictures of Pokémon. They are undoubtedly Nintendo’s two big names for the spring and into the summer.

And how could it be otherwise, Nintendo also took advantage of the Direct to introduce a new character from Super Smash Bros. Ultimate. This is Pyra, one of the protagonists of Xenoblade Chronicles 2, who actually counts as two characters, since she can transform into Mythra. Each version of the same fighter has its own attacks and slightly differentiated styles.

The fifth great moment of the Direct is the presentation of Mario Golf: Super Rush, the first game in the golf saga starring Mario and his comrades and that it has both a story mode, a multiplayer mode and a totally new ultra-competitive mode . In this fast golf mode, players can run and punch between shots at the ball. Something like a Mario Kart in a golf game.

These five would be the big names that appeared in last night’s Nintendo Direct, although the announcement of a new tactical role-playing game from Square Enix, Project Triangle Strategy (the name is provisional), the arrival of Fall Guys to Switch; the release of a physical edition of Hades (our favorite game of 2020); the first trailer for Star Wars: Hunters, a free to play game set between the sixth and seventh films; confirmation that Hyrules Warriors: Age of Cataclysm will receive new downloadable content; the presentation of the new Annapurna Interactive game, called Neon White … and so it could go on for another hour to reach the 20 games in total that were shown or announced yesterday.

Almost better I leave here the list of those that I need to mention: