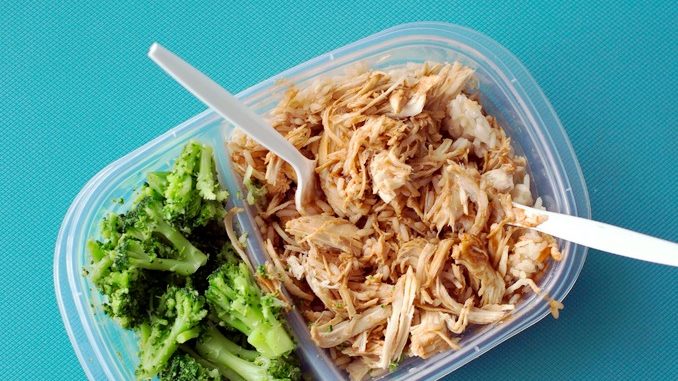 At Christmas time, during the fall, for the summer or throughout the year. The Alphabet of Nutrition discovers the gastronomy of Barcelona with recipes that also contain a historical legacy. Nutritionist Laura González explains how and when to consume these typical dishes of the cosmopolitan city

Barcelona is, for Nestlé’s Health and Nutrition Manager, Laura González, a cosmopolitan city, but one that has managed to maintain its gastronomy over time.

Although some recipes are not clear whether or not they originate in this city, González details that the consumption of many has been so constant that they have ended up being traditional as well.

As the nutritionist comments about the origin of the recipes, pa amb tomàquet is a simple dish of which there is no exact knowledge of its origin.

“In fact, it is not very clear whether it is of Catalan origin or of Murcian origin,” she confesses.

However, its consumption is widespread. It is about rubbing a tomato (in Catalonia it is called Sucar tomato) on a slice of country bread, adding olive oil and a pinch of salt.

For those who prefer a stronger or spicier flavor, González indicates that you can also rub a clove of garlic on the bread.

This “simple delicacy”, points out the expert, can be accompanied with ham or Espetec fuet, with a designation of origin of Vic. A sausage similar to salchichón, made with pork and marinade with pepper.

“You will see that the skin that covers it has white spots, they are the fungi that are produced in fermentation and that provide a flavor and aroma to this sausage”.

Another typical one would be the perol sausage, characteristic of the Maresme area, “although also from Girona.”

Likewise, the nutritionist highlights the “traditional” egg sausage, which dates back to the 18th century and “seems” originally from Barcelona.

Although the ‘bikini‘ is still a mixed sandwich, González emphasizes that its name comes from the city of Barcelona, ​​where it became very popular and ended up bearing its name. “Today, everyone uses this term to refer to him.”

The esqueixada is a very complete and healthy nutritional dish, easy to prepare. It is a tomato salad, which has peppers, olives and the star ingredient, cod.

“Although it can be consumed throughout the year, it is true that it is fresh and is much more palatable in summer,” she says.

A dish that the nutritionist defines as popular is the escalivada, “as healthy as the previous ones, although it requires a little more time”.

The basis of this recipe are vegetables: tomato, pepper, eggplant and onion, among others. All of them are grilled “where they acquire an exquisite flavor” and, normally, they are consumed at room temperature.

“Currently we can easily find this ready-made dish in supermarkets. It is a wonderful starter and it can also be a perfect garnish, even to accompany meat, fish or, for example, to accompany a caliu or roast potato “, she explains.

Nestlé Cocina offers the escalivada and anchovy tartlets as an alternative to taste this traditional dish.

In the words of Laura González, “legumes are important almost in the entire cookbook” with emblematic recipes such as empedrat or sausage amb mongetes, both with legumes.

The latter consists of a pork sausage roasted on the grill and accompanied by a garnish of cooked white beans that are then sautéed with garlic and parsley.

“It is a dish closely associated with farmhouses and is usually accompanied with aioli, a sauce that is used especially with barbecued products,” she indicates.

Likewise, we find the escudella i carn d’olla, two dishes in one. It is a recipe, adds the expert, very old and perfect to face the low temperatures of winter.

It is a stew with chickpeas, potatoes and vegetables such as carrots, turnips, celery and green cabbage. It also has meats such as sausage, a mixture of bones, another type of meat, the traditional ball, made of minced meat.

On the one hand, the broth or escudella is separated from this stew, we filter it and it can be served with the potato or with galets (cooked pasta), for example.

The galets, in addition to being a paste and that, on many occasions, is also filled, is usually made especially at Christmas.

Like these, we find cannelloni, “a star dish of the Christmas season”. Its preparation requires time and dedication, warns the nutritionist, since the pasta is filled with roasted meat, béchamel is added and, finally, it is au gratin.

“Curiously, its origin is Italian, but it was introduced into bourgeois Catalan gastronomy and, little by little, it spread until its consumption has ended up being totally traditional.”

In addition to this recipe, González offers gutters with spinach, with meat, with mushrooms and foie, or with cottage cheese and tomato sauce. “Recipes that take between 20 and 30 minutes”.

Other flavors beyond Christmas are those of autumn with rovellons or chestnuts. We can also find, according to the expert, the pota blava chicken, the artichokes of the prat, and many more.

One of the oldest desserts

For González, Catalan cream is a mandatory dessert to taste, especially during the celebration of the Sant Joan festival in summer.

“It is one of the oldest desserts and its origin dates back to the Middle Ages. The base is a pastry cream with burnt sugar on top, which adorns this Catalan cream. Many times it appears with neulas, which is a kind of waffle, “he explains.

Other variants that Laura González proposes to try are llardons, cream, chocolate, truffle or even candied fruit.