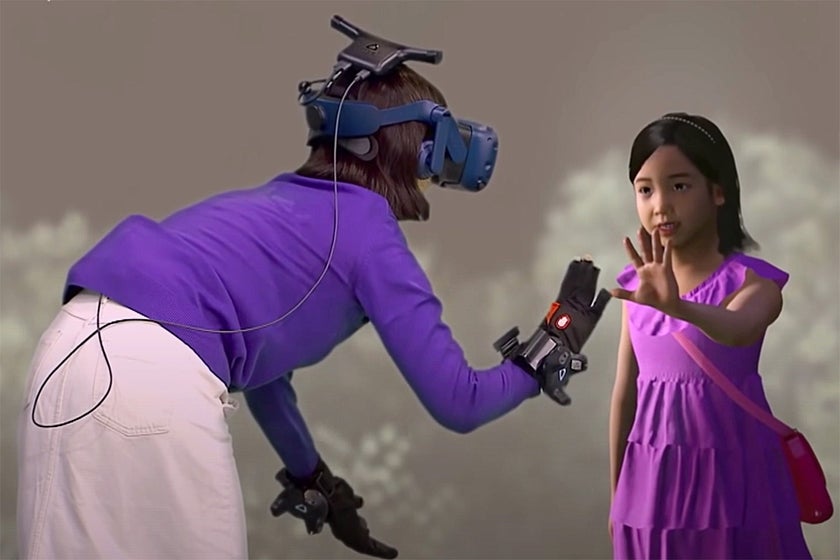 A Korean television program has once again carried out a controversial activity, having a ‘meeting’ between a person and one of her deceased relatives.

The program is called I Met You and broadcast on the MBC network and this time it showed a man named Kim Jung-soo, 51, who using virtual reality tools built an image of his deceased wife of him four years ago and ‘gathered’ them.

The image was worked on for six months and an actor was hired to imitate his voice.

In the case of Kim’s wife, she had died of cancer. They had five children, who opposed her father doing this as they thought that ‘rebuilding’ her mother and seeing her again would be very painful for her father and for them. They also think that Kim should get on with his life.

But Kim did it in the end and he and his second daughter appeared on the show, who talked about the good relationship their parents had, which included a kiss every time he left the house and he always told her that she was beautiful even in the worst part of his illness.

The sensitive scene has caused different comments, with some saying that seeing a loved one one last time could help, but those who oppose seeing this could cause trauma and increase pain. A discussion that could become ethical and its psychological aspects.

This is the second time that the program does it, since it had previously been done with a mother and her deceased daughter, according to the gizmodo.com portal.

This also puts on the table once again how far a program can go to attract attention and gain an audience. In addition to discussing whether something like that should be so public or more private.