Actor Gérard Depardieu, charged with rape and sexual assault on an actress in 2018 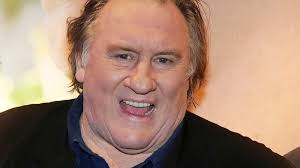 The interpreter, known to the general public for films such as Cyrano de Bergerac (1990) or the Asterix and Obélix saga, was charged on December 16, but no provisional security measure was taken against him.

The Paris Prosecutor’s Office assumed the investigation on August 30 of that year, after the one in Aix-en-Provence, a city in the south of France where the complaint was received three days earlier, “disassociated itself” from the investigations by declaring itself incompetent. .

Although it was initially archived, the complainant, a young actress and dancer, succeeded in having it subsequently entrusted to an investigating judge.

The events would have taken place at the actor’s Parisian home on two different days, August 7 and 13, 2018, according to the French media at the time.

Depardieu, 72, knew the young woman’s father and was in contact with her to give him advice on her career. The girl she said had been sexually abused on the sidelines of an informal rehearsal for a play, noted the newspaper Le Parisien.

The actor’s lawyer, Hervé Temime, alleged in 2018 that his client categorically denied having committed any infraction or having had “the least criminal behavior”, and regretted the damage that these accusations caused to him.

The imputation of the actor joins a long list of accusations recently launched against other great personalities of the French cultural or intellectual scene, such as the political scientist Olivier Duhamel, whom the jurist Camille Kouchner revealed in a book that he abused his twin brother when he had 14 years.

Or, among others, Patrick Poivre d’Arvor, former star presenter of the country’s highest-rated news program, who is being investigated by justice for alleged rape for events dating back to 2004 and 2009.

Share. Facebook Twitter Pinterest LinkedIn Tumblr WhatsApp Email
Previous ArticleRitxar Bacete: “There are mothers with a penis and fathers without a penis: beyond biology, we are culture”
Next Article The Simpsons’ replaces Dr. Hibbert’s doubler for not being black