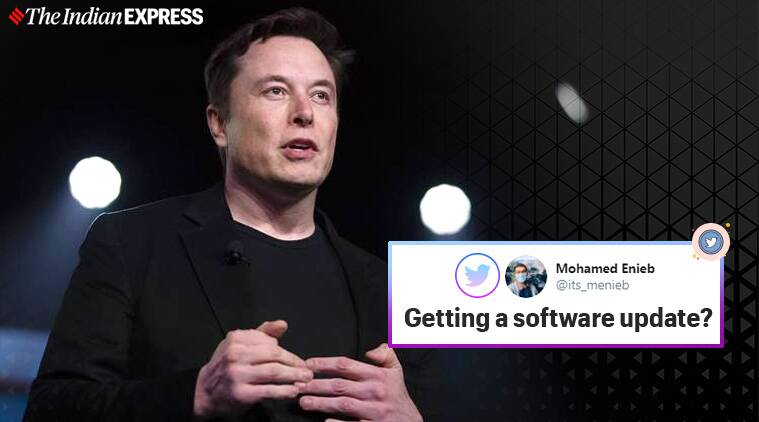 Elon Musk can be a lot of things depending on who you ask. For some, he is a genius, a real-life Tony Stark who is going to take us to Mars after revolutionizing the electric car market. For others, he is a well-bred smoker who keeps talking nonsense on Twitter and is not really the founder of Tesla, the company that has made him known and admired.

Regardless of what you think about him, it is a fact that the last few weeks have been incredible if you are one of his many followers on Twitter. He has fathered a boy named ‘X Æ A-12’ with his partner Grimes, a quirky pop singer. He has also admitted that the share prices of Tesla, his electric car company, are too high, so they plummeted shortly after, losing money to many investors.

The last weeks of Elon Musk, co-founder of Tesla, have been very complete: he has had a son, he has received the support of Trump and he has not stopped tweeting against the quarantine

This should not matter much to him, as he has personally pocketed more than 700 million as a bonus while he has cut salaries to his employees due to the economic situation resulting from the closure of factories. All of this collides diametrically with the messages he has launched on Twitter about how he is going to get rid of all his material possessions, including one of his mansions. All because the material distracts you from his goals, he says.

One of those goals should be for its employees to end up infected with COVID-19, as it has put a lot of pressure for the Tesla factories in California to reopen, which it has done despite going against the law and, at the same time , threatening to move his production to Texas or Nevada if what he wanted was not done. “I will be in the front line with everyone. If someone has to be arrested, I ask that it be just me,” he assures.

It does not seem that anything is going to happen to him because he has significant support, that of the President of the United States himself, Donald Trump, who despite being the one who signs the laws, has no problem doing like Musk and sending messages on Twitter against quarantine and closing companies for the safety of their workers: “California should let Tesla and Elon Musk open the plant, NOW. It can be done quickly and safely,” to which Musk responded with a “Thank you!”

Musk and Trump’s relationship must be very close. If they were normal people, surely they would be exchanging direct messages on Twitter on a daily basis, but since they are very important figures in the US economic panorama, for very different reasons; what they do is send tweets with similar messages. “FREE AMERICA NOW,” Musk commented on his Twitter account not long before all this and forgetting that America is a continent that encompasses more than just the United States.

Musk relies on questionable data to assume that it is safe to open car factories, where thousands of employees gather who, from what has been previously reported, do not work in the best possible conditions. Many Tesla workers have been injured at their positions on the assembly line and have sued the company for it.

It is logical that, with allies like Trump, Musk does not think about how dangerous a message launched by Twitter can be. In the past, he was given a serious scolding when he joked about taking Tesla out of the stock market once the stock reached $ 420, which was basically a play on words in reference to the day of the stoners, April 20. , or 4/20 for the American calendar. His investors took it more seriously, because the stock plummeted. When he repeated the joke that Tesla shares were too expensive, no one was surprised: the company’s market value suffered again, but quickly grew again, surpassing the previous figure.

This attitude may come as a surprise coming from someone who has just become a parent. Far from settling down and acting in a more mature way, Musk has dedicated himself to showing off and explaining facts about his son along with Grimes, his girlfriend and the child’s mother.

On the one hand, there is the name, X Æ A-12. According to the mother, it is due to four obscure references to things that parents like: the unknown variable (X); the way Artificial Intelligence would be written in Elvish (Æ); and the forerunner of the SR-17 aircraft (A-12). But of course, according to his father, the latter is misspelled, because the plane in question is the SR-71, something that Musk had no problem publicly correcting his newly born girlfriend on Twitter.

That someone confuses the model of the plane on which the name of his son is based happens even in the best families and Grimes, who responded to his partner also on Twitter, did not seem to give special importance to the matter.

This Twitter obsession of one of the key men in the new electric car industry is sometimes more mundane. Like most big-name tweeters, Musk also uploads photos and images to his social media account to show off his status, and it doesn’t matter if the image is stolen and the author is not quoted.

All this concatenation of absurd events around Musk has made many of his followers become fervent defenders of whatever their favorite guru does, something that the opposite side that seeks to ridicule him at all costs has taken advantage of to make memes or bring out Musk’s deepest embarrassments.

For example, that he is not so much a self-made man as he is the son of a good family that exploited an African emerald mine and that his predecessors succeeded in a way, to say the least, suspicious. Or that Musk got hair implants because he suffered from premature baldness in his years running PayPal.

Or that he is not even the true founder of Tesla, but was simply one of the first investors and that he forced the two early founders, the engineers Martin Eberhard and Marc Tarpenning, to accept that he was also a founder, something that is you can check just by reading Wikipedia. According to the original founders, Musk has wanted to rewrite the history of the company since he was appointed CEO.

Musk’s figure will continue to talk as long as he continues to use his social networks to express the first thing that comes to his mind and will continue to have defenders and detractors who defend this as a sign of his genius and his stupidity, depending on which one you ask.

Tesla’s growth and stocks seem immune to its CEO’s decisions, although the other two big companies that have Musk at the helm have more problems. SpaceX relies on its contracts with NASA and has a lot of competition, Blue Origin, the aeronautics company of Amazon founder Jeff Bezos.

His other company, The Boring Company, is stagnant given the failure of its car transport tunnels, which went from being projects to bury traffic and make it autonomous to being something more similar to the M30 tunnel, but for a solo car .