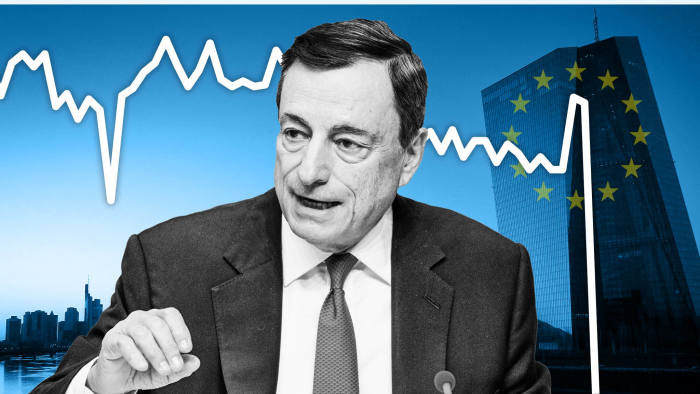 Italy continues in its fight against the coronavirus pandemic. A week after having obtained the approval of his Government in the Italian Congress and Senate, the new prime minister, the technocrat Mario Draghi, has revealed his measures to contain the advance of the pandemic.

In his first decree, approved by the Council of Ministers, Draghi maintained a strong hand on the restrictions and announced his intention to maintain the prohibition of mobility between regions until March 27 and to further limit movements in the so-called “zones red “. The measures follow the indications of scientists who have emphasized the need to limit the movement of people to stop the virus.

To do this, he divided the country into colored zones, in which there are different types of restrictions, especially at the level of mobility and social relations, depending on the level of severity with regard to the transmission of the virus.

Thus, in the red zones – for now none, on the entire Italian map – it is not allowed to “visit friends or family”. In the orange and yellow zones, with fewer limitations, it will be allowed as up to now to go to the homes of family and friends only once a day and a maximum of two people (not counting those under 14 years of age) from 05.00 in the morning until 10 p.m., when the curfew begins across the country

Within the small municipalities, with less than 5,000 inhabitants, orange in color, family and friends are allowed to visit “even to different municipalities, as long as they are within 30 kilometers.” Families can travel together by car without restrictions and non-cohabitants, on the other hand, can stay in the car for a maximum of three people, without occupying the seat next to the driver. Passengers must be in the back seat, separated and with the mask on.

In the case of visits to elderly or risky people, the scientists suggest “wearing a mask inside the home, keeping a distance especially from minors and ventilating the room to prevent the circulation of the virus.” It is also recommended to exercise caution when having lunch or dinner, advising to follow the same rules adopted to go to a restaurant, with a maximum of 4 or 6 people at the table.

For the moment, the rest of the restrictive measures are also in force, such as the curfew, or the closure of some activities such as gyms, swimming pools, ski resorts, restaurants at dinner time, museums and theaters, since the current decree it is valid until March 5.

This Council of Ministers was based exclusively on the issue of mobility, since the previous decree had expired, but some issues were also addressed, such as the request of the regions to change the current system of parameters by which they are considered yellow and orange areas and red and their consequent limitations.

The new Minister of Regional Affairs, member of Forza Italia, Maria Stella Gelmini, announced that the regional presidents are asking the Draghi executive to “overcome the current system and use the RT parameter to identify the ‘colors’ of the regions.”

The regional presidents also demand “a new vaccine procurement strategy and that, in the future, closures and compensation go hand in hand,” something that Draghi will have to face urgently. The Minister of Culture, Dario Franceschini, also proposed that Italy be “the first country in Europe to reopen” its cinemas and theaters.

Management criticism
“I hope for a serious and quick vaccination plan. I hope for the dismissal of Domenico Arcuri because he failed, and a gradual return to life, with the reopening, in the coming weeks, of many activities, from restaurants at night, to gyms, theaters and sports activities, “said the leader of the League, Matteo Salvini.

Meanwhile, the coordinator of the scientific-technical committee created to advise during the pandemic, Agostino Miozzo, who was summoned today to the seat of Government, assured that the zone system “has worked well and is compatible with the suffering of the country.”

On the other hand, the Government and the trade unions have reached an agreement in principle so that family doctors can also provide the vaccines.

“We estimate that at least 35,000 family doctors throughout Italy would be willing to put anti-Covid vaccines in their outpatient clinics immediately. This, obviously, having the doses available and based on regional agreements already in force or to be defined shortly”, announced the National Secretary of the Italian Federation of Family Physicians, Silvestro Scotti.