Jens F., the German electrician accused of passing the Bundestag plans to the Russian secret service 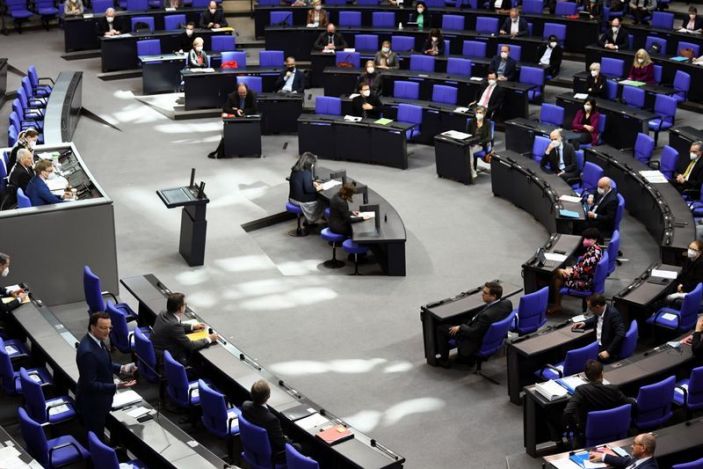 Russia’s relationship with the European Union is at its most tense in recent years. If two days ago Josep Borrell, high representative for EU Foreign Policy, argued that Russia saw “an existential threat” in the democracy of the union, on the same Wednesday Valdimir Putin publicly asked his secret service, the FSD, that he works to contain the aggressive Western campaign against his country known as “Russia’s containment policy”.

This escalation of tension has been seen in the bilateral relations between Russia and the EU and the different countries of the union. In addition, it has become especially visible with the confinement suffered by Borrell during his visit to Moscow of which Spain was also a victim, while Sergei Lavrov, Russian foreign minister, accused our country of not being a full democracy by the politicians in prison as a result of the process of Catalonia.
The latest chapter of the underground game came to the fore this Thursday, when the German Federal Prosecutor’s Office announced that it had filed charges against a German citizen, named Jens F., for espionage. The prosecution suspects that this man, about whom nothing else is known, passed PDF files containing plans of the Bundestag, the lower house of the German Parliament, to the Russian secret service.
The defendant worked for a company that had been commissioned in the past by the Bundestag in the framework of legally required inspections of portable electrical devices used in the Chamber. In the context of these works, the defendant “had access to PDF files with the plans of the buildings.”

“Own initiative”
The Federal Prosecutor’s Office indicates that between the end of July 2017 and the beginning of September of that year, the accused “decided, on his own initiative, to transmit the information on the properties of the German Bundestag to the Russian intelligence services.”

For this, he produced a data carrier with the corresponding PDF files and sent it to an employee of the Russian embassy in Berlin “who works full-time for the Russian military intelligence service GRU”.

That same month, the State Attorney General’s Office issued an arrest warrant against the Russian citizen Dimitri Badin, who was accused of having carried out, in collusion with other individuals, espionage activities against Germany on behalf of a foreign power.

The Prosecutor’s Office then assured that Badin was part of the group of hackers known as APT28, which it blamed for the attacks that occurred in April and May 2015; at the same time, he claimed to have evidence that at the time of the events Badin belonged to the Russian military intelligence service, GRU.

Share. Facebook Twitter Pinterest LinkedIn Tumblr WhatsApp Email
Previous ArticleMerkel takes for granted a vaccination passport in the EU in summer although there is still no consensus
Next Article Mario Draghi reinforces measures against Covid: restricts mobility until March 27