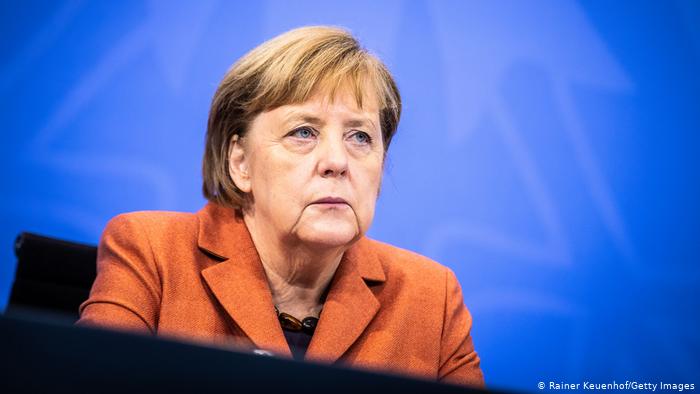 The vaccination passport demanded by Spain and the southern countries with the aim of facilitating travel and saving the tourist season is gaining momentum thanks to the support of Angela Merkel. Germany was until now one of the countries that opposed a common certificate in the EU, citing the risk of discrimination. After the video summit of European leaders held this Thursday, the Chancellor has taken for granted that the passport will be ready for the summer.

“Everyone has agreed that we need a digital vaccination certificate,” Merkel assured at a press conference from Berlin at the end of the meeting. The Member States have already taken the first step in the implementation of this document and Brussels will now need an additional three months to develop the technical basis that guarantees interoperability, the Chancellor reported. A solution that she says will help facilitate mobility during the summer season.

For his part, the President of the European Council, Charles Michel, explained at the end of the video-summit that there is a “growing convergence” among European leaders on the vaccination passport. “That does not mean that everything is resolved. We have cleared up some misunderstandings,” he said. The Heads of State and Government have instructed their ambassadors and the Commission to continue working on the political and technical aspects and will address the issue again in March.
“There are very legitimate concerns on the table about the risk of discrimination if additional rights are granted to vaccinated people. (…) There are also differences about the moment the certificate comes into force and the purpose for which it can be used” , acknowledges the President of the European Council, who admits that this is a vital initiative for some Member States.

“For many European countries, tourism is an extremely important issue from an economic and social point of view,” said Michel. Both he and the President of the Commission, Ursula von der Leyen, have insisted that the important thing is that there is a harmonized solution at the EU level and not unilateral initiatives that again create chaos at the borders or clear the way to the US giants like Google or Apple.

The President of the Government, Pedro Sánchez, defended during the video-summit that vaccination passports “are a valid and useful tool.” He has also claimed “to continue working on its development together to prevent each country from developing its own formula, prevent unfair situations and guarantee the protection of personal data,” according to sources from Moncloa.
Spain is one of the main promoters of this certification along with the rest of the southern countries highly dependent on tourism, in particular Greece, Portugal, Italy, Cyprus and Malta. “The sooner decisions are made to adopt a European vaccination certificate, the better for the EU,” said Greek Prime Minister Kyriakos Mitsotakis.

“The certificate will not be equivalent to a health passport, but will open a fast lane to travel without the restrictions caused by PCR tests and mandatory quarantine,” says Mitsotakis. Greece was the first EU country to propose this certificate and has already closed a bilateral agreement with Israel to create a tourism corridor based on this document. In addition, it is negotiating a similar initiative with the United Kingdom.

The Austrian Prime Minister, Sebastian Kurz, has also joined the club of defenders of the vaccination passport. “We need the freedom to travel in the EU again, be it for business or private reasons. And we want the possibility to return to cultural events, to gastronomy, to hotels, and enjoy it,” Kurz said.

Share. Facebook Twitter Pinterest LinkedIn Tumblr WhatsApp Email
Previous ArticleThis is the film with the highest number of nominations in the history of the Goya Awards
Next Article Jens F., the German electrician accused of passing the Bundestag plans to the Russian secret service