Nutrition labeling: the information that should appear 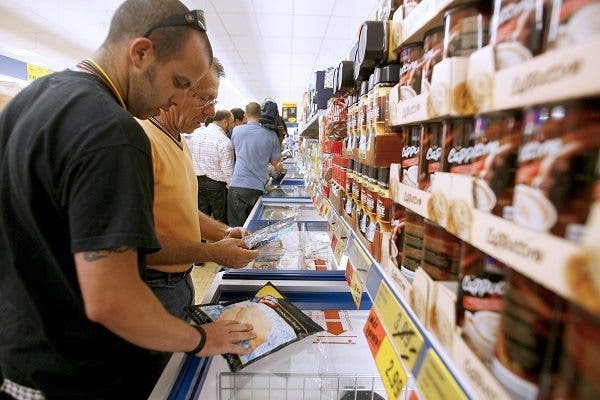 They are essential to know the composition of the products we consume and to be able to identify which ones are healthy and which ones are not. We talk about nutritional labeling, an issue addressed from the microphones of “El Bisturí” by nutritionist Laura González

Fats, carbohydrates, salt, fiber … food is composed of several macro and micronutrients that make them more or less healthy. To learn to distinguish them, El Sisturí, from ´El Abecedario de la Nutrición´, led by Laura González, Nestlé’s head of health and nutrition, has analyzed nutritional labeling.

The information that should always appear

Nutrition labeling is mandatory in the European Union since December 2016. The energy content, total and saturated fats, carbohydrates, sugars, proteins and salt must be indicated for every 100 grams of product.

Also, although it is not mandatory, the content can be expressed by portions of consumption, being mandatory to indicate the percentage of each nutrient in relation to the reference value of nutrients for a person with an estimated energy expenditure of about 2,000 kilocalories per day.

In the European Union, frontal labeling is voluntary and the consumer information regulation that regulates it considers it a complement to mandatory nutritional labeling.

In any case, the WHO recommends its adoption to encourage the population to take an active role in the prevention of chronic diseases related to nutrition. It can be a way to reduce the consumption of saturated fat, sugar or salt, and to facilitate the choice of healthier options.

Among the front labeling systems on the European market, the nutritional traffic lights, Nutriscore, Keyhole and GDAs stand out.

It is a voluntary front-end labeling scheme that classifies foods and beverages according to their nutritional profile.

It has been developed by the French public health authorities, and the Spanish Ministry of Health expressed its support for it in November 2018. At the moment we are waiting for the Ministry to finally validate it to implement it in Spain.

The product rating is based on a scientific algorithm. This takes as a reference the amount of 100 grams, or milliliters in the case of beverages, of product and evaluates the elements that are considered negative -caloric intake, total sugars, saturated fat and sodium- and the positive elements -fruits, vegetables, fiber and proteins-.

The number obtained from subtracting those “positive” elements from the “negative” ones gives rise to a final grade that, the greener it is, the better nutritional quality it will denote.

This front labeling system is aimed at comparing foods from the same category. For example, in the case of dairy products, cheese or yogurt would not be comparable because, despite belonging to the same food group, they are different in terms of nutritional profile.

Some mobile apps use Nutriscore as supporting information to rate food, but add other criteria as well.

In any case, the different manufacturers’ associations have identified a multitude of errors regarding the nutritional labeling of products and, therefore, the Nutriscore calculation.