Ramen, the trendy Japanese dish that you can order at Just Eat 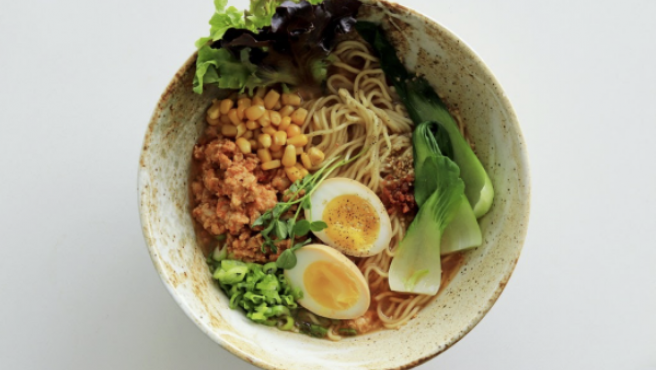 Ramen, one of the most typical dishes of Japanese cuisine, has found a hole in the stomach of both the most exquisite gastronomic connoisseurs and those who are simply looking for a hot spoon dish that comforts the body and spirit.

In Spain you can already find many restaurants specializing in this single dish and its multiple variants and a Just Eat discount code is the best way to enjoy it at home at a better price.

Although it has already established itself as one of the most successful gastronomic references on websites such as Just Eat, there are still many doubts about ramen and, above all, about how authentic ramen really is.

Ramen is roughly a wheat noodle or Chinese noodle soup, with meat, fish or vegetable broth to which different types of meat, fish or seafood, eggs are also added, as well as different vegetables and sauces. In an imprecise way, perhaps, there are those who define it as a Japanese stew with a very intense flavor.

Ramen is a very nutritious and consistent spoon dish that is usually served hot, although temperature is not a determining factor because it can also be found in cold versions.

Originally, ramen was born in China and it is with the opening of borders in the 19th century in Japan that it reaches the islands and adapts to the Japanese palate and culture. It became popular especially after World War II as a nutritious and inexpensive dish that allowed workers to eat quickly and well. Nowadays it can be found all over the world with a success that, as then, is based on its high value as a food and, although it can take hours to prepare, it can be adapted and enjoyed quickly.

What types of ramen are there?

As many as chefs there are in the world. The ramen has been adapted with different forms and ingredients in each of the islands and prefectures of Japan and its simple way of preparation has allowed the versions to have multiplied exponentially around the world.

It can be classified by the use of meat, fish or only vegetables, also by the characteristics of the noodles, thicker and straighter in some places, thin or curved in others, but the truth is that the variety is enormous.

Beyond the ingredients and the way to use them, cooking a dish of ramen usually always follows the same process.

Tare is placed first, a highly concentrated sauce that can be made from soy, miso or other ingredients.
It is followed by the fundamental element of the dish, the broth, which can be more or less dense and consistent depending on the ingredients used to make it, from bones or meat to fish or vegetables.
Then the noodles are placed and, finally, the garnish or “toppings” such as pork, prawns, mushrooms, corn, seaweed, bamboo shoots are added.

Surely, whether you have tried it or if you have seen it in photos, you have ever wondered what is white with pink in ramen? That unidentified spiral slice is Narutomaki or Kamaboco, a kind of pressed fish paste or fish cake.

How is ramen served?

There is no specific ritual as with sushi. The most fun is to eat it with chopsticks, slurping the noodles and garnish and then drink the broth directly from the bowl, but if you prefer a more western way of doing it, you can always use a spoon and make everything much easier. Like almost everything in ramen, there is absolute freedom to enjoy it as you prefer.

With Just Eat you can taste ramen without leaving home. Some of the best restaurants specialized in Ramen that can be found in Just Eat Spain are Ramen San or Ninja Ramen in Madrid, with different options to discover various types of ramen or Mutenroshi Ramen or Ryu Ramen in Barcelona. They are good options to savor delicious alternatives to a delicious dish that comforts like the usual spoon dishes, but with the new flavors that come from Asia.