Works of art are no longer stolen from museums: they are stolen on the Internet 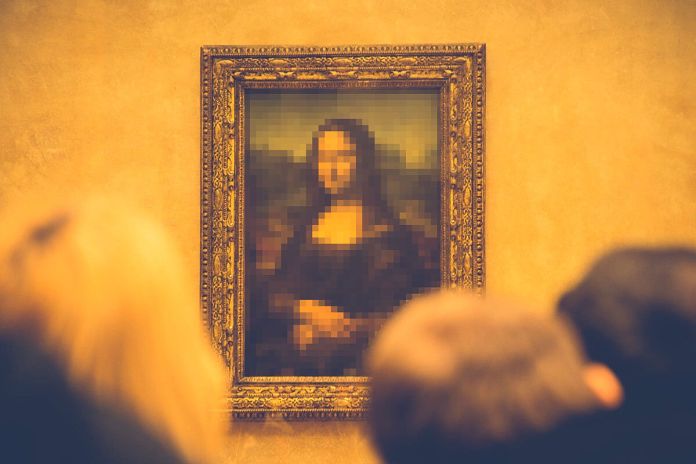 Using blockchain, it is possible to guarantee the authenticity of a work and sell it on the Internet with some ease … but stealing it and making money from it is even easier

Hollywood movies have taught us that the theft of works of art requires a team (of beautiful people, if possible), a lot of coordination and complicated choreography hung from cables inside museums.

In the world of digital art, the requirements seem much simpler. The “heist of the century” is happening in plain sight, in real time and fueled by the fever of a type of cryptographic technology known as ‘NFT’.

Thanks to a peculiar system of identification of works of art, it is possible to sell tweets, memes, songs, videos and digital illustrations at astronomical prices and even if you are not the one who created them. You can grab a picture from the internet, flout copyright, and hopefully sell it for a buck.

BY A HANDFUL OF TUITS

Several artists are discovering that their creations are being auctioned without their permission on websites such as OpenSea or Nifty Gateway, often associated with other authors or uploaded by bots that crawl Instagram and other social networks in search of photos and videos to offer in exchange for cryptocurrencies.

The last to sound the alarm, last week, was actor William Shatner, known for his role as Captain Kirk in the original Star Trek series and who in June 2020 sold a collection of iconic images from his career using NFTs as a certificate of authenticity.

An automated account on Twitter, @tokenizedtweets, has started selling the tweets posted by the actor without his permission. “I am very shocked by these theft of content and images that I upload. The authors, actors, model photographers, etc. must start to worry,” he explained in a tweet.

Similar accusations have started to circulate in the Instagram comments of various illustrators and photographers. Some have even closed public access to their profiles for fear that someone would copy their illustrations and sell them as originals on one of these new websites.

Other artists are discovering their names associated with works for sale in which they have not collaborated. This is what happened to Simon Stålenhag, known for art books like Tales of the Loop. A “fan” created and sold a Marble Card, an NFT-based trading card “game” that transforms website URLs into digital collectibles, with the author’s official website address.

BUT WHAT IS AN NFT?

But we go in parts. What is an NFT? An NFT, acronym in English for non-fungible token or “non-fungible representation”, is a type of cryptographic identifier that represents a unique element in a chain of blocks or blockchain, which can be defined in turn (and very broadly) as a decentralized and publicly distributed database.

These types of chains are what make the secure and decentralized nature of cryptocurrencies possible, since they serve as a public record of the different transactions carried out, preventing, for example, that someone can use the same currency twice to buy two different things .

In the case of NFTs, the entries in their blockchain are referred to as “non-fungible” because they are not interchangeable with each other. A bitcoin, for example, can be substituted for any other bitcoin. Its value is the same. An NFT no, it represents something unique.

This nature has made NFTs the ideal vehicle for certifying digital items as originals, and one of the fields where their application is obvious is in the world of digital art.

A traditional work of art (a painting, a sculpture …) can be forged, but sooner or later an expert eye will discover that it is a copy. It is impossible for a forger to use the same pigments, the same canvas or the same stone as the original. Even the most meticulous forger sooner or later finds physical limits that prevent an exact copy of a piece.

In the world of digital art, however, making an indistinguishable copy of the original is trivial. It is enough to duplicate the 1’s and 0’s that define its existence. NFTs solve this problem by creating a verifiable digital shortage, that is, a non-centralized system with which it is possible to verify that a song, digital illustration or video is the original song, illustration or video and not one of the billions of perfect copies of the same ones that circulate on the network.

EVERYTHING PROTECTED BY BLOCKCHAIN

The idea of ​​using blockchain to give authenticity to a work of art is not new, but it has become enormously popular in recent months thanks to the appearance of websites such as Foundation, Cent or Nifty Gateway that simplify the auction process of these NFTs since A traditional auction house, Christie’s, decided to auction a digital work by artist Mike Winkelmann, known as Beeple, using this system in late February.

His illustration Everydays: The First 5000 Days, eventually sold for $ 69 million and shook the foundations of the world of collecting, which until now had paid only tangential attention to the world of blockchain.

Since the end of 2020, all kinds of digital goods have been sold using this system, from video clips of historical sports games to photos, memes or even tweets. Jack Dorsey, founder and current president of Twitter, sold the NFT of his first tweet just over a week ago, for example, for $ 2.5 million.

Share. Facebook Twitter Pinterest LinkedIn Tumblr WhatsApp Email
Previous ArticleA US judge orders Xiaomi to be removed from the blacklist inherited from the Trump government
Next Article Corsair has one of the best SSDs to expand the storage of your PC and your PS5