Four delicious stews to get out of Madrid 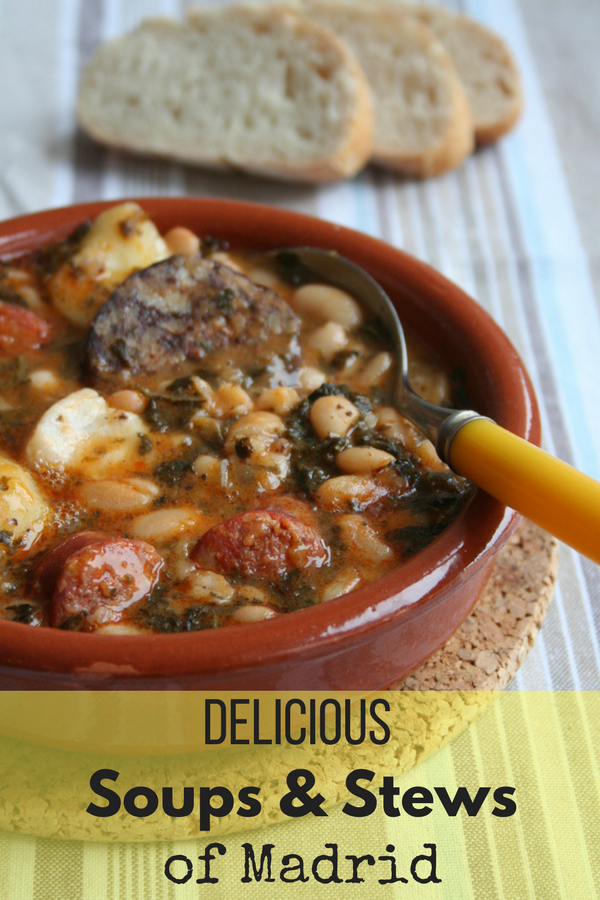 With exceptions, we all want a good stew, with its Pedrosillano chickpeas (although this goes in taste), its vegetables, its meat full of fat … Hum! If you are a fan of this dish, but you would like to get out of the ‘straits’ imposed by the corset of the Madrid stew, here are other regional options, which in the variation is the taste. By the way, you should know that leaving chickpeas to soak for 12 hours has gone down in history. The best thing: leaving them 24. Not only will they be done before, but according to the Spanish Nutrition Foundation, this practice makes them more healthy. And as always: remember that legumes are always richer the next day and much more if they are made slowly in a pot than in a pressure cooker. But come on, for a hurry, long live the pressure cooker … For the quantities, adapt them to your needs, depending on the diners. Eight people eat with a kilo of legumes, for example, and at least you will have to add half a chorizo ​​for each one … And so on with everything.

Its peculiarity is that it is made in three pots (ideally, made of clay, of course; if you don’t have, then three good deep pots). As always in these matters, there is no consensus regarding the ingredients, but with these you will be successful: 50% chickpeas, 50% red beans, cabbage, onion, carrots (or turnips), sausage meat, Iberian bacon, cane bones , ham bone, chorizo. Desalt all the salty the night before, the ham bone, the bacon if it is … In a pot, put the red beans to cook with the chopped onion, the piece of bacon and the ham bone. In another place the chopped cabbage, the turnips or carrots and the chorizo. In the third, put the chickpeas with the blood sausage and the bones. The idea of ​​the bones (some add stringer, the hock bone) is not just to add flavor, but to help thicken the broth. Each pot has its cooking time, the longest being that of chickpeas (which will have to be removed from the foam when it comes to a boil), which will take almost four hours. When everything is cooked, a mixture is made to taste with the broths and the soup is obtained. Everything else is served, as in the Madrid stew, separately in different sources.

It has chickpeas, cardillos, potatoes, saffron, lamb salt, bacon, blood sausage and chorizo, loaf bread. All the animal ingredients are put in the pot, when it starts to boil it foams (to remove all the impurities) and the chickpeas are added. When it boils again, add the salt, the potatoes cut into pieces, the baby carrots and a little saffron. Boil until everything is done and at the last moment the broth is separated and some bread soups are prepared with it. This is the recipe collected by Alfredo Juderías in his book ‘Food for the poor’

It has white beans, chickpeas, fresh bacon, blood sausage, blood sausage, chorizo, white cow bone, chard, celery and paprika. As you can see, collard greens are not among the ingredients, because that is actually the name of the chard stalks and a little celery that are added to the stew. Chickpeas and beans are soaked separately the night before. Put the white beans, the bacon, the meat, the blood sausage, the chorizo ​​and the bone in the pot when cold. When the stew is boiled, it foams and the vegetables and paprika (one teaspoon) are added. Let it cook and when the chickpeas are tender, remove everything and serve the legumes on one side and the ‘pringá’ on the other, come on, the meats. As in everything, there are versions. There are those who add cumin, for example, which gives it a delicious flavor point (be careful with the quantity, which is a spice that marks a lot).

World famous for being eaten upside down. That is to say, the meat is eaten first, then the legumes with the vegetables and finally the noodle soup (in León there is a very graphic saying in this regard: “To spare, than on the soup.” Well, that). Another peculiarity is that it includes among its ingredients a kind of croquette called a filling, which is eaten with meats (some recipes, however, add it to the broth) after having soaked them in the broth. The ingredients of the maragato stew are chickpeas, onion, a couple of potatoes, cabbage, blood sausage, pork shoulder, ear and pig’s trotters, chicken, chorizo ​​and a piece of Iberian bacon. For the filling: bread, garlic, parsley, beaten egg, chorizo ​​and sausage in pieces taken from the stew itself. Put the sausages in a pot (it is almost always recommended to cook them separately so that you do not overgreas or add too much paprika). In another place the cabbage (which is cooked long before everything else and so we can leave it at its point, and before serving it is soaked in the broth so that it takes on a little flavor). In another pot we cook the rest of the meats. And in yet another, chickpeas. When everything is done, mix the broths from the pots as it seems most convenient and cook so that it reduces. Finally the filling is made in a bowl. To do this, the breadcrumbs are minced, chopped garlic and parsley are added, a small part of the cooked and crumbled blood sausage and chorizo ​​are used, the mixture is worked with beaten egg and left to rest for a while. With this mass, croquettes are made that are fried and added to the batch of meats, after a good soaking in the broth.