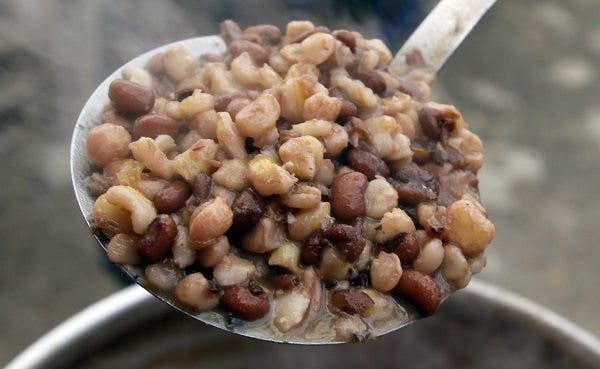 The Alphabet of Nutrition from “El Sisturí” reaches the letter “L”, legumes, and Anabel Aragón offers clues about this food so that it is not the ugly duckling of your weekly diet; In addition, 2016 has been proclaimed by the UN Assembly the International Year of Pulses

Legumes are a food that is present in our lives from the earliest childhood. Who does not remember the story of “The Magic Beans” or “The Princess and the Pea” by Hans Christian Andersen?

Although many do not like them too much or feel heavy when they eat them … it is a very complete and basic food in the Mediterranean diet both for its nutritional content and for the multiple benefits it brings to health.

The person in charge of Nutrition and Health of Nestlé, Anabel Aragón, considers that according to the pyramid of balanced nutrition, it is recommended to consume “at least between two and four servings a week”.

However, the Nestlé Observatory has shown that 30% of Spaniards do not consume those recommended amounts.

Anabel Aragón details that mainly the profile that does not meet the recommended amounts are young people because “they do not have time to prepare them or plan them in their diet.

In addition, women sin more than men because when they take them, “they tend to feel heavier or feel bad.”

The nutrients in legumes

According to the nutritionist, legumes are a very interesting food due to the following characteristics:

They are a good source of fiber so it is a great ally to combat constipation.

They produce a satiating effect.

They hardly contain fat. In fact, its consumption is highly recommended in people who are overweight and obese. It can only become a very caloric food if we cook them, for example, with ingredients such as bacon or chorizo.
They provide iron of plant origin. To facilitate its absorption in the body, it is recommended to accompany this dish with another food rich in vitamin C such as tomato or pepper. It is also possible to consume it for dessert: kiwis, strawberries, oranges….
Tricks to combat negative effects
One of the main complaints of legume consumers is usually the accumulation of gases.

To reduce this discomfort, Aragón recommends that seasonings such as cumin or anise be added at the time of cooking. Their skin can also be removed or crushed.

Another trick that he advises afterwards is to drink an infusion or yogurt.

In addition, to break the hypercaloric myth of stew, chickpeas or lentils, the expert gives some clues so that it is not like that: “make them boiled, sautéed in a salad or cooked with vegetables.”

To incorporate this food from childhood it is very important that it be offered as soon as possible.

According to Anabel Aragón, “hummus has become a particular dish made from chickpeas or another legume that children love.” In addition, it can be served with toasted bread or with vegetables cut into slices or slices. Some people put it on bread and eat it as a sandwich.

To encourage the consumption of legumes in the little ones, it is also important to encourage them to participate in the preparation of meals. If hamburgers or meatballs are made with this vegetable, they can help by making the mixture or making the shape.

You can also use other more traditional techniques: crush them and mix them in soups or sauces or accompany them with other foods such as potatoes, pasta or rice.