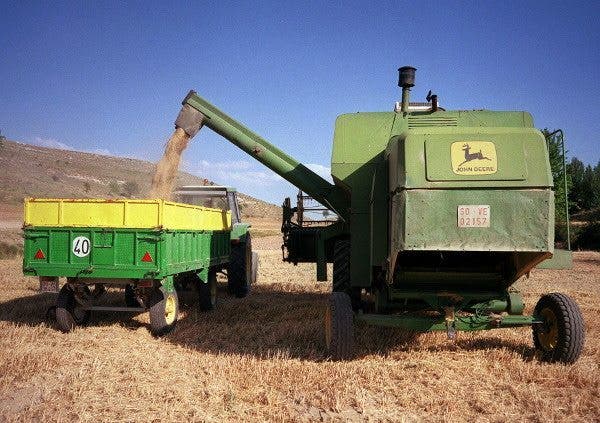 Wheat, barley or rye are cereals that contain gluten, a vegetable protein that celiacs cannot take. It can also be found in other products, such as food supplements or some medications. The Alphabet of Nutrition reaches the “G”, everything you need to know about gluten

Gluten has a very important role in the traditional diet because it is integrated in such common foods as bread, pasta, pizza or batters.

The reason why it is mainly found in the doughs of so many products is because this protein is responsible for the typical properties of bread.

The head of Nutrition and Health at Nestlé, Anabel Aragón, explains that gluten facilitates the incorporation of water, allows the dough to be more cohesive and maintains the gas produced by the fermentation of yeast, which is responsible for raising the dough and making it spongy .

Aragon points out that there are more and more groups that choose not to take any gluten in their diet; they follow this pattern as if it were “some kind of fashion.” However, there are three clear groups that should always avoid it in their meals for health reasons:

Celiacs: It is estimated that the prevalence in Spain is 1% of the population. Taking it can damage your small intestine. It was long considered to be a childhood disease, but it is now known that it can develop at any time in life.
Allergic to wheat: It is very common in young children. It has a prevalence of 4% in children and in adolescents and adults of approximately 0.1%. This type of allergy can be overcome in adulthood.
Sensitive people: They have symptoms very similar to celiac disease. The prevalence of intolerant is 6% and it usually develops in adulthood.
Gluten identification
The main demand of these vulnerable groups is to find products that they can trust and that have a taste and texture as close to gluten-free products as possible. In addition, its nutritional profile and that its prices are affordable is also very important.

According to the nutritionist, there are a series of products that will always be gluten-free such as vegetables, fruits, legumes, potatoes, eggs, meat, fish, milk, olive oil and, “for of course, the water “.

In addition, others such as corn, millet, sorghum, tapioca, cassava or buckwheat must also be taken into account.

On the other hand, the expert points out that there are products that contain gluten and that should not be overlooked: “Soy sauce, some cooked sausages, pre-cooked or canned legumes, fish preparations such as surimi, dried fruits fried or dried figs to which wheat flour is sometimes added to prevent them from becoming caked ”.

The greatest ally so that the celiac, the allergic and the intolerant do not suffer is to look carefully at the product label.

Anabel Aragón details that most gluten-free products have the international symbol of the barred spike, “an identification recognized by more than 90% of consumers.”

The list of ingredients and the reference “may contain traces of gluten” is also essential and the advice of the reference celiac associations must always be counted on.