Lettuce is overrated: four vegetables that are more nutritious than the queen of salads 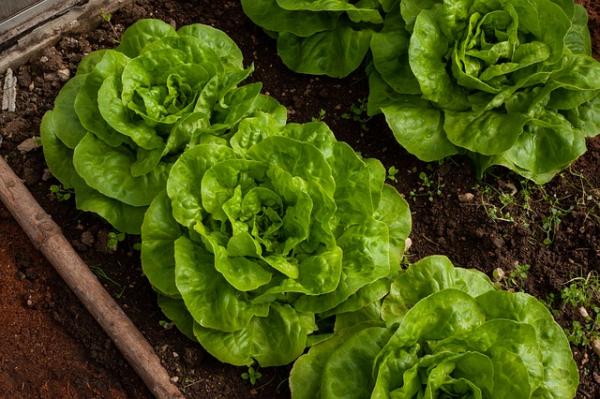 Lettuce is an almost mandatory food when we do the shopping in the supermarket, but, despite its fame, it is not the best leaf with which we can make a green salad.

The green salad is one of the dishes that we eat the most in Spain. It is a good option for a dinner, but also as a garnish: when we add it to the main meals we get a little closer to the goal of basing our diet on plant foods. The main ingredient in this salad has always been lettuce, but there are other options that are more interesting.

It is very likely that more than once you have felt hungry after a light salad of lettuce and some other vegetables. According to the Spanish Nutrition Foundation (FEN), more than 95% of the composition of lettuce is water and, therefore, it is not very filling. The nutrients that matter for health only occupy a scant 5% in which there is little fiber, few carbohydrates and proteins.

If you are looking to include more healthy nutrients in your diet, it is a good idea to combine lettuce with other vegetables or even substitute one of these. The book Eating well is easy if you know how (Planet, 2021) includes in one of its chapters four better options than lettuce to make a salad, among many other useful tips to improve the way we eat.

Although for years it has been considered a weed, arugula is now a highly valued ingredient for making salads, but also other dishes such as pizza. While lettuce adds little flavor, arugula puts a rare bitter note on other leaves and is liked by many.

Arugula also has a greater amount of nutrients and, specifically, it has twice as much folic acid as lettuce. It is an important substance in all population groups, but especially in pregnant women due to its role in the formation of new cells. This leaf also contains few calories.

As much as it was Popeye’s favorite dish and the reason for its vigor, spinach has starred in the nightmares of a good number of Spaniards when they were little. This leaf, which is often cooked, can also be eaten raw as part of a salad and provides a greater amount of nutrients to the recipe.

While it is true that spinach also has a very high proportion of water, it is more nutritious than lettuce: specifically, 10% of spinach is made up of nutrients. Spinach stands out because it contains three times as much iron as lettuce, but also a higher amount of fiber.

The health benefits of broccoli are known worldwide, but it is still an unpopular food. Incorporating it in a salad can change the perspective we have on it, although at first it seems strange to find it in this recipe. However, eating the broccoli raw is perfectly possible.

Compared to lettuce, broccoli contains seven times more vitamin C, a substance that loses health benefits when cooked. In any case, broccoli is considered a source of vegetable protein, it has a good amount of fiber and, also, minerals and vitamins such as potassium and folic acid.

Another of the best known sprouts in the mix of leaves to make salads are lamb’s lettuce. These small leaves are very similar to lettuce in terms of their nutritional composition: they are high in water, fiber and other of their main nutrients. However, they are still a better option.

Although the canons look green, they contain a reddish pigment that is disguised by being combined with chlorophyll. This compound is what provides this leaf with a large amount of carotenoids: lamb’s lettuce has eleven times more vitamin A than the lettuce of a lifetime.